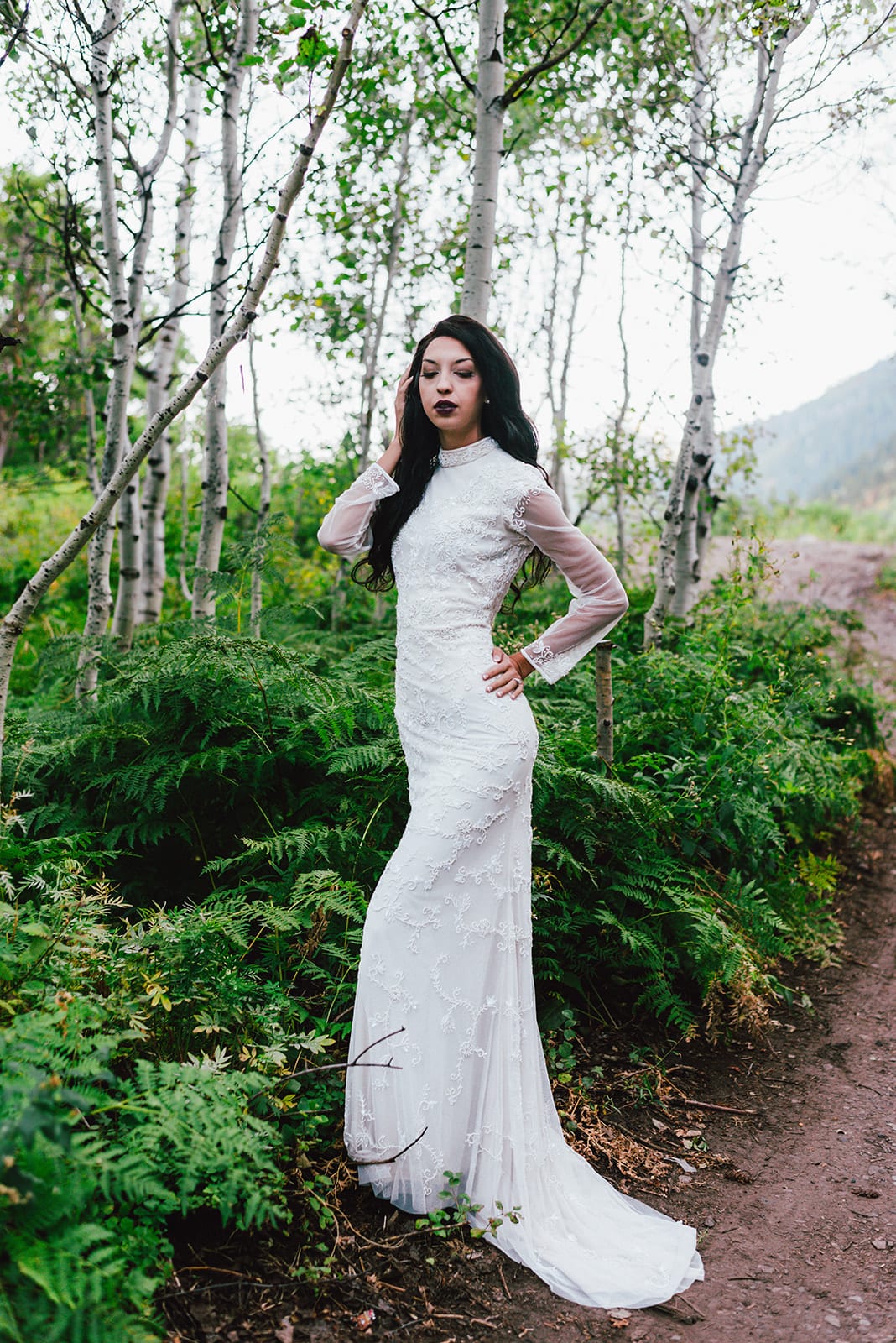 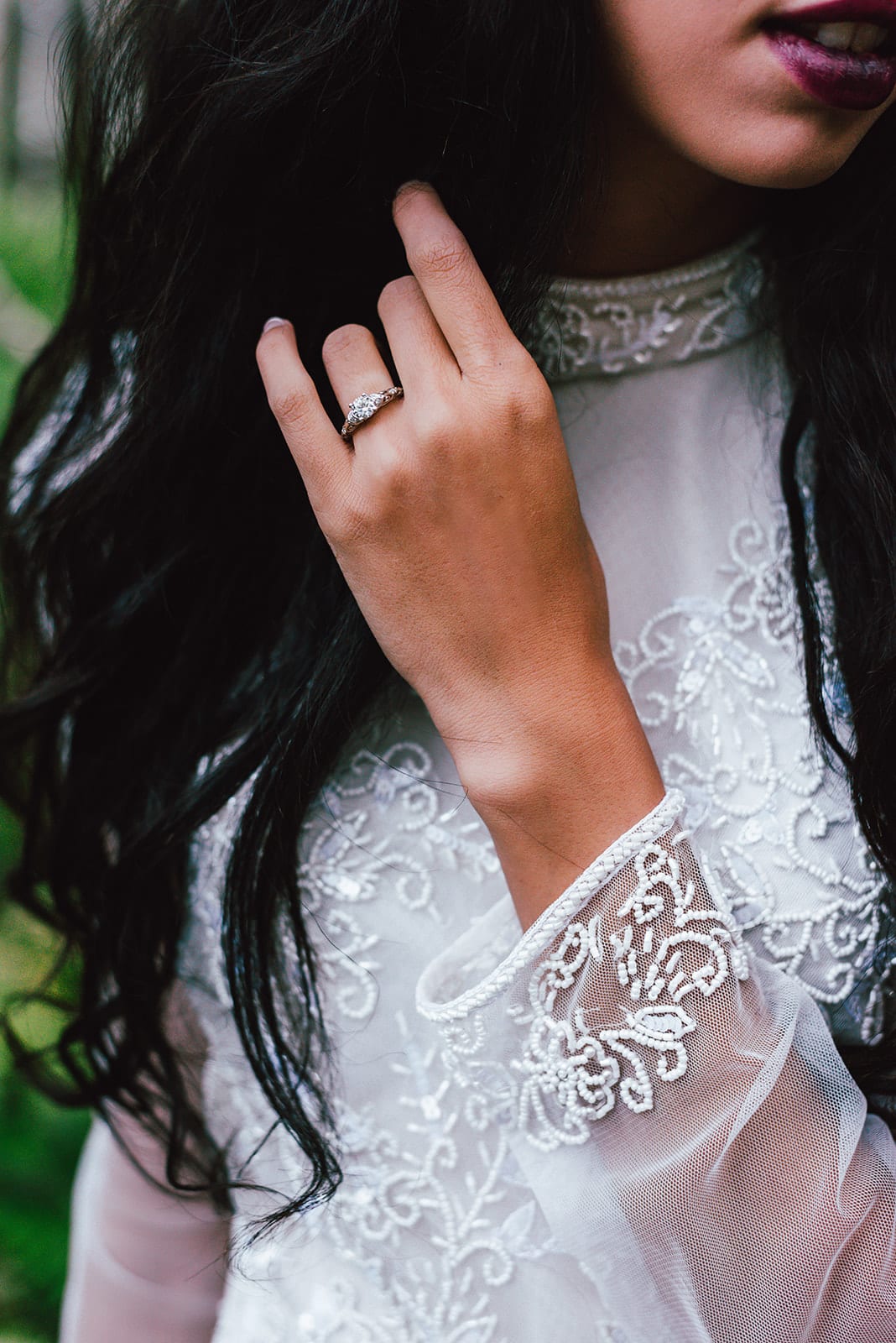 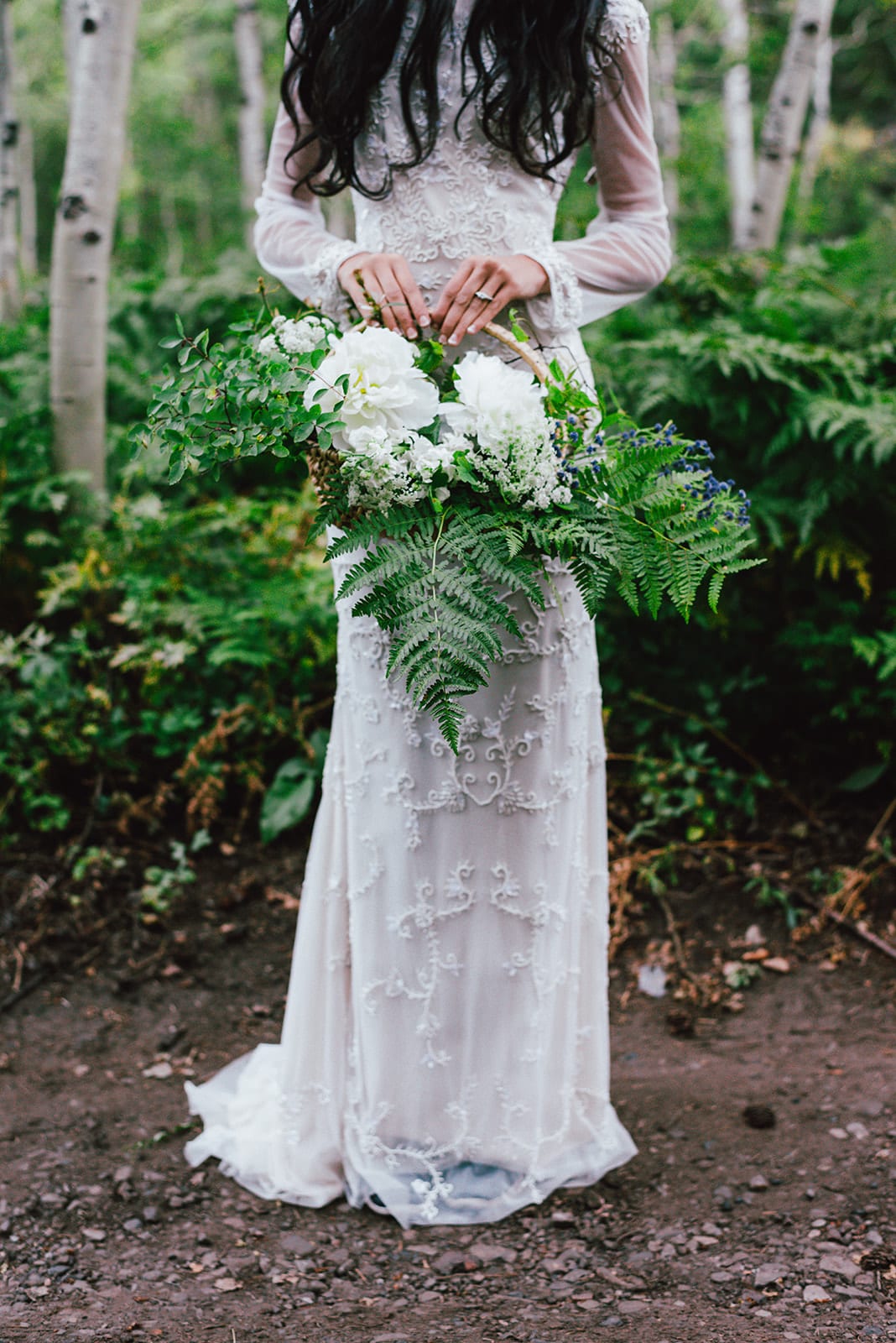 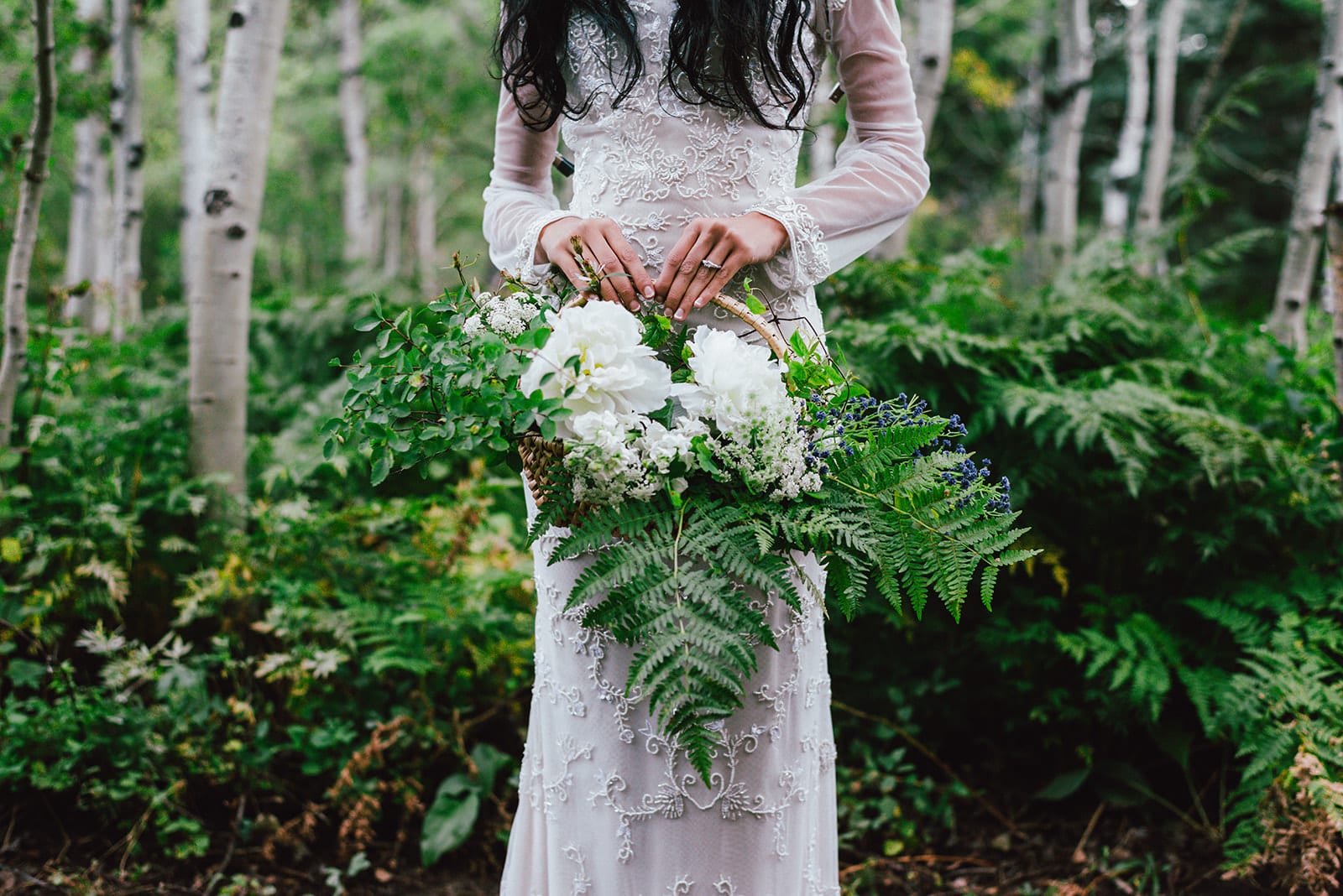 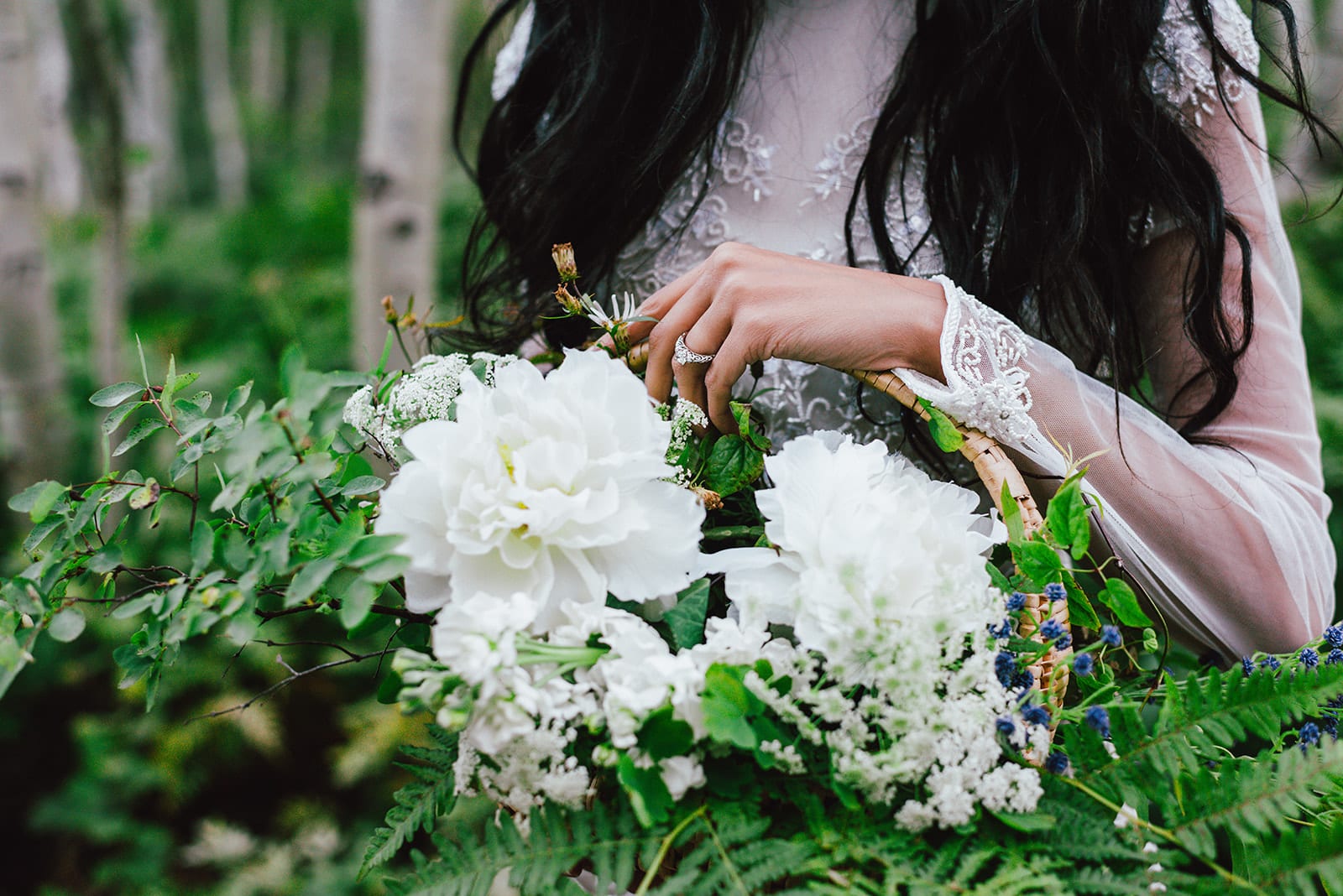 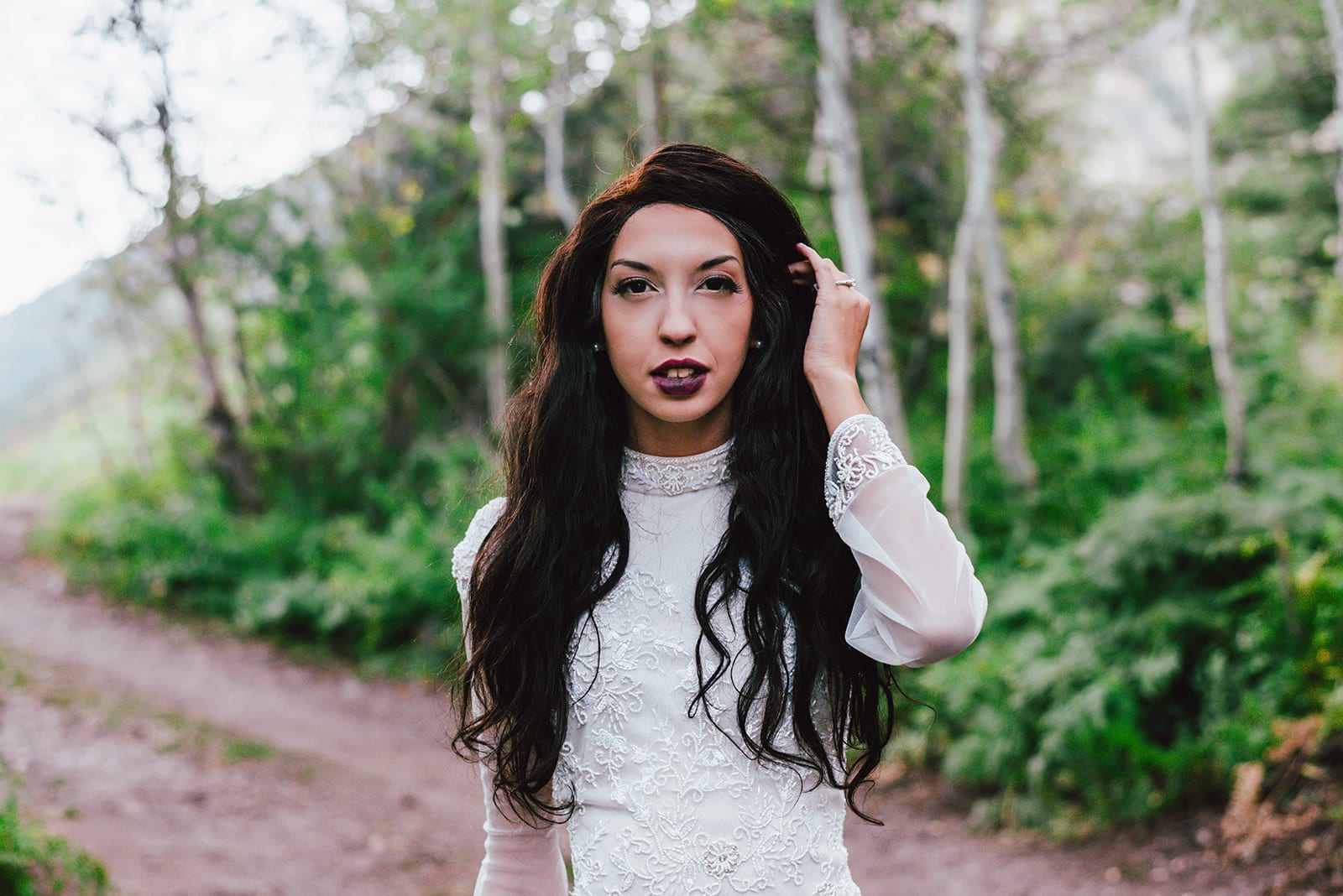 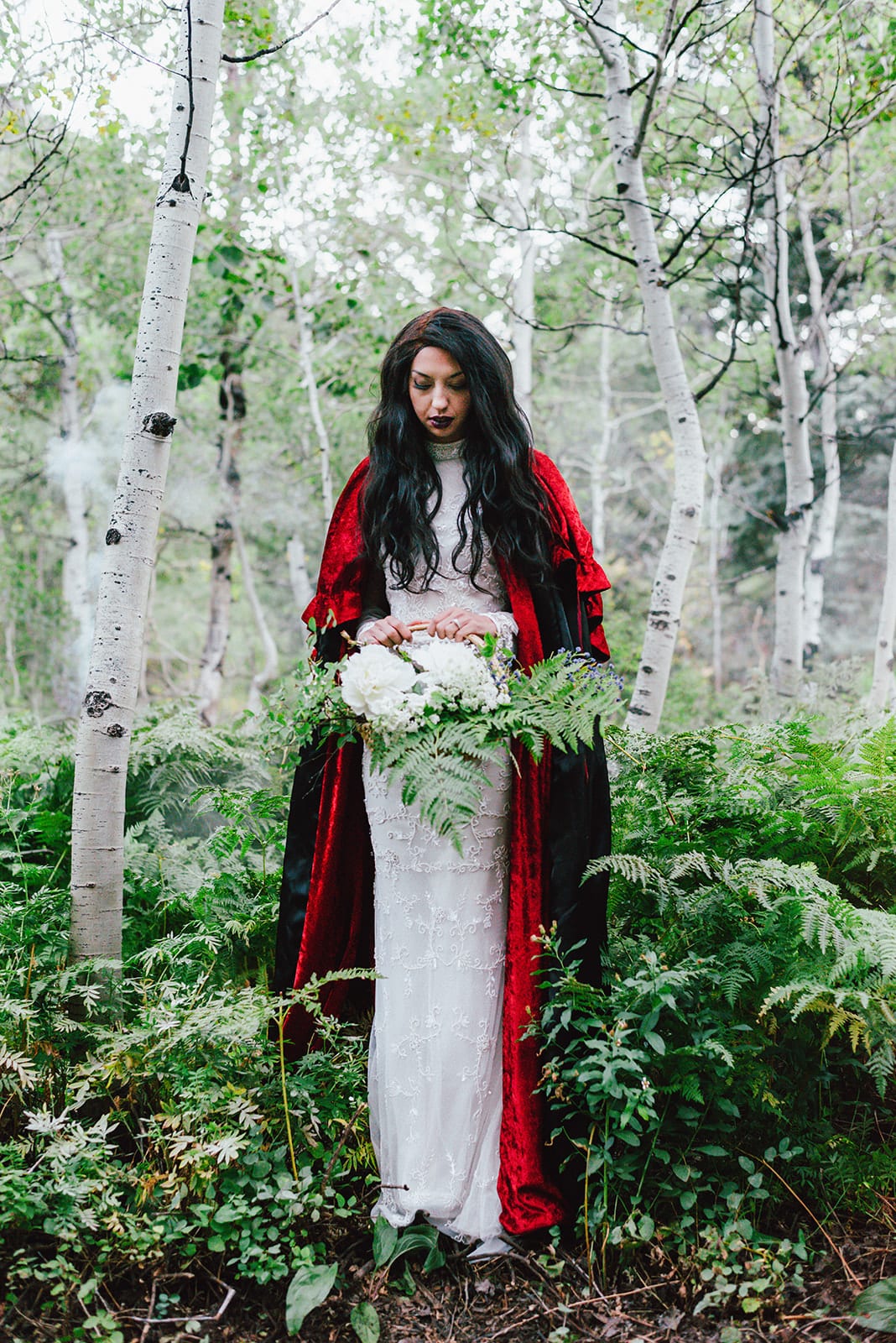 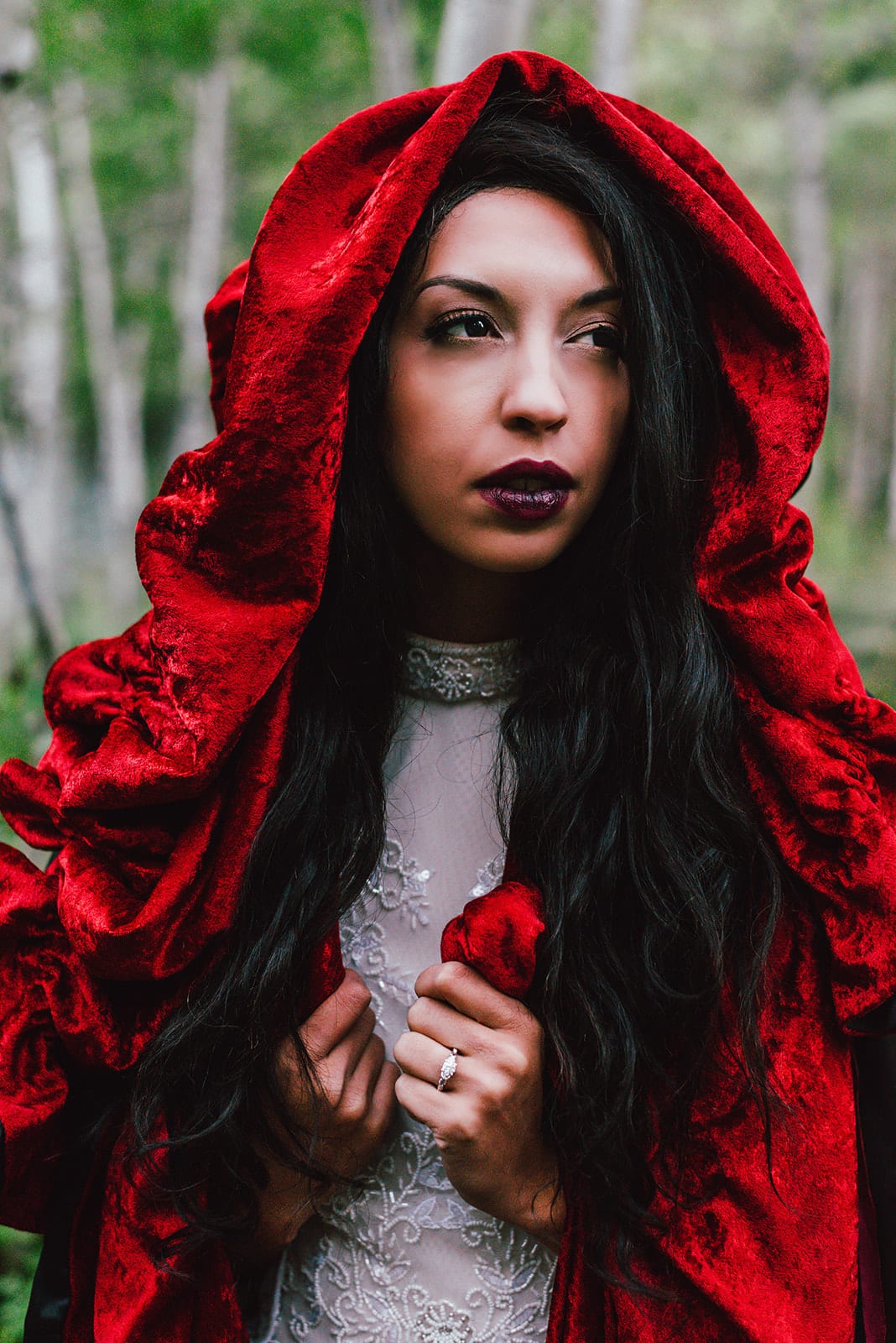 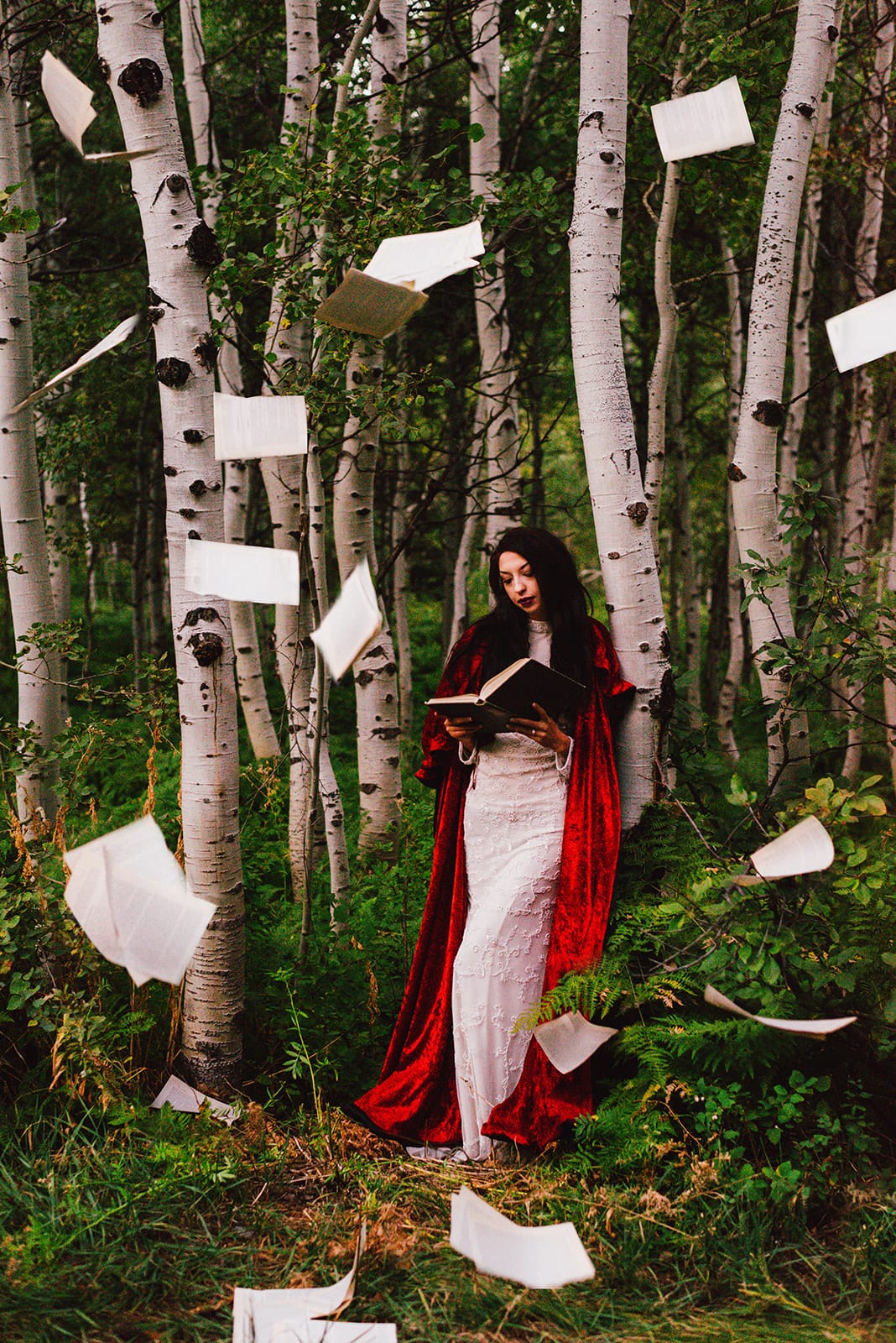 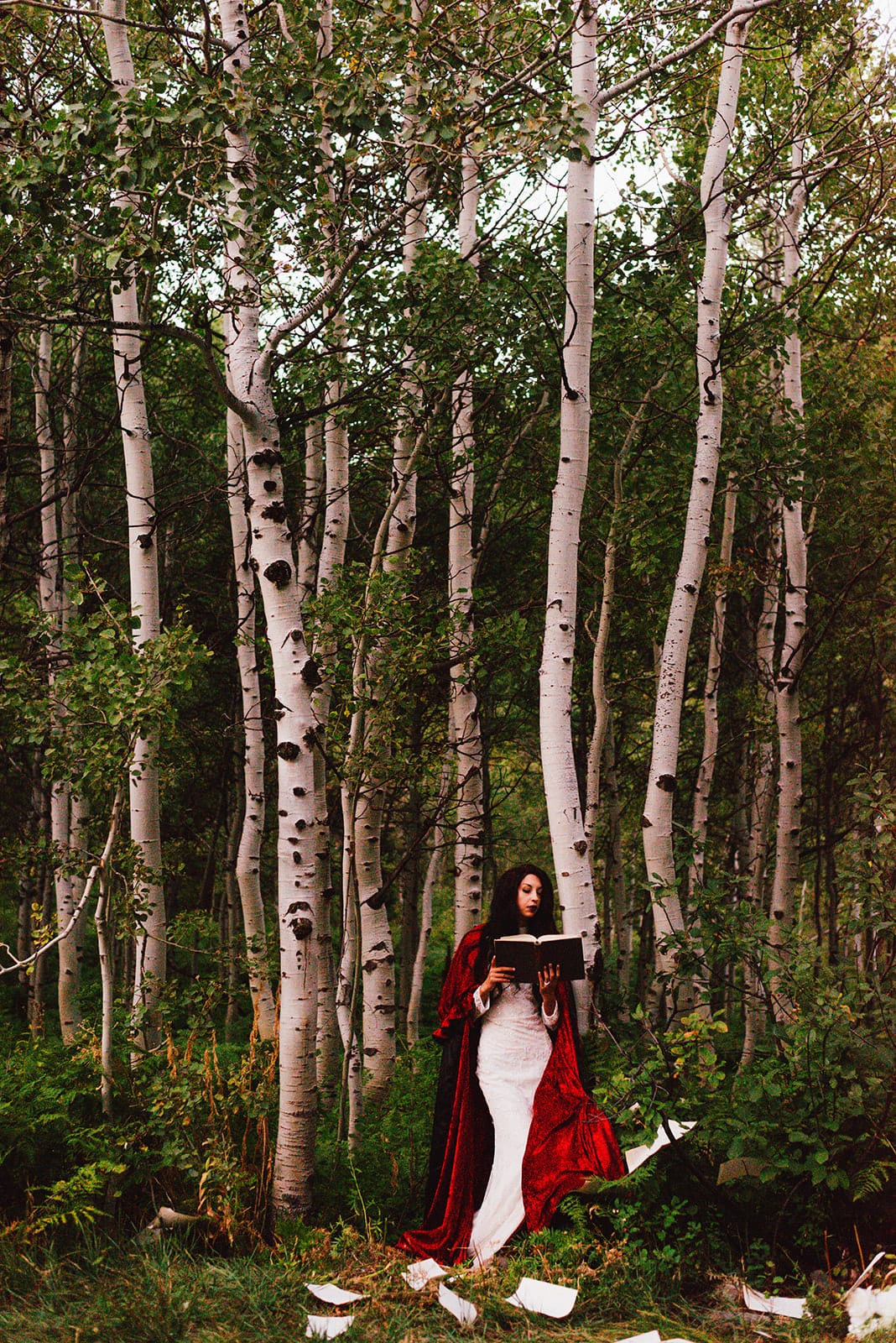 This was such a fun shoot to put together… But let me tell you…it was not easy!

We had so many lofty plans for smoke bombs and magical looking photos. I have to say, we did a pretty good job considering that we were working on plan D. 😂 I brought my Atmospheric Aerosol, which I generally love, but it’s made to enhance directional light…which we didn’t have. Amy, being the amazing woman she is, went through a ton of effort to have a backup plan in case my aerosol didn’t work.  (It didn’t.)

Get this: Amy filled a cooler with her house hose, drove 45 min with a full cooler of water in her car, stopped at the store, bought dry ice and lugged it all in her front seat, sacrificing her sweater in order to keep her car seat dry. THEN…we were starting the shoot so while I’m doing the fun stuff she does all the work to get the ice and the cooler of water out of the car and up the hill to the spot we are shooting at. She is full on hulk lifting this cooler to about 5 different spots to see where the wind directed the ice-smoke.

This is when the disaster happened…

It was a chilly day, so she put the sweater on. Yes. The same one she had sacrificed earlier because that was the only sweater she had. Because she is a hero. And her phone fell out of the sweater pocket and right. Into. The. Cooler.

Yes, the very cooler of dry ice she had labored so hard to create. She screamed. I screamed. We just looked at each other in horror with our hands up by our faces (you know that gif of the big guy screaming “ahh!” in an excited way and shaking his hands around his face? Yeah, that was us but in a terrified way). And the worse part is we couldn’t stick our hands in the dry ice water, we couldn’t see anythign because of the smoke… so we had to DUMP OUT THE COOLER.

Moral of the story #1: Smoke bombs are definitely the choice I’ll make next time.

Moral of the story #2: Amy is absolutely the MVP. I didn’t even mention that for the rest of the shoot she stood next to the model and sprayed the aerosol! Or that she designed the entire bouquet after I handed her sissors and said, “Go find some forest plants and make it look good.”

Claps all around for Amy!! She is truly the reason this shoot came to be 🙂 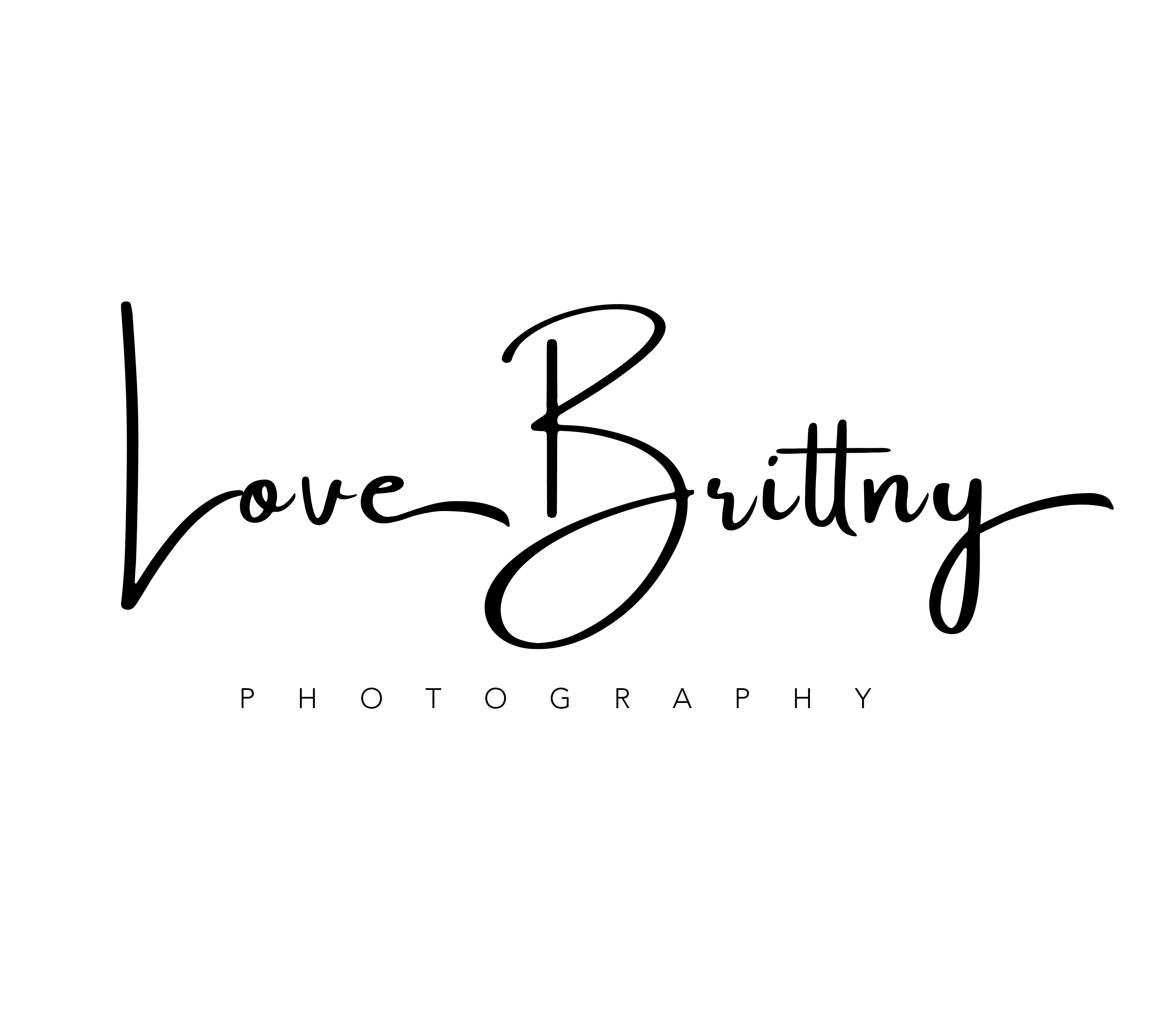 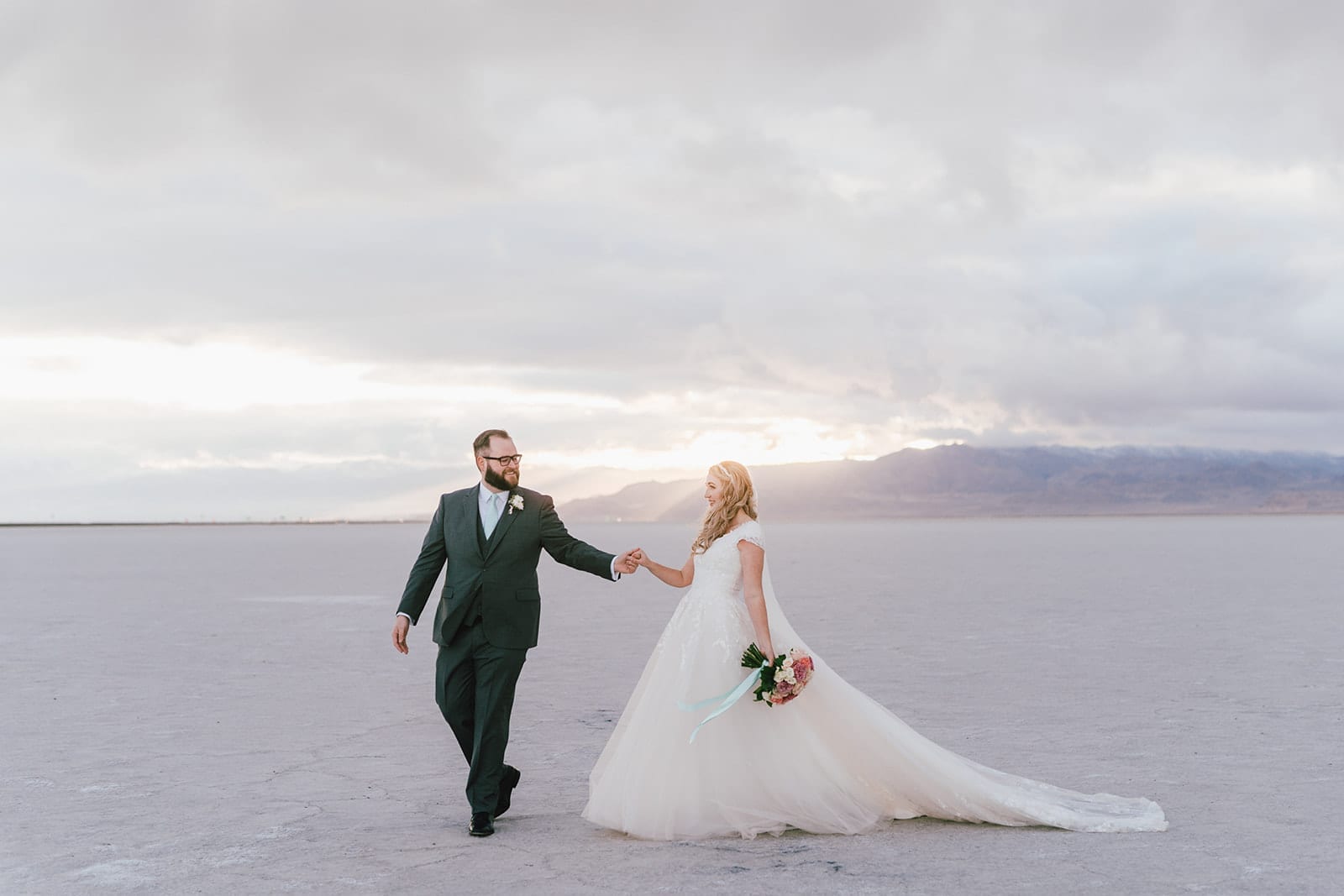 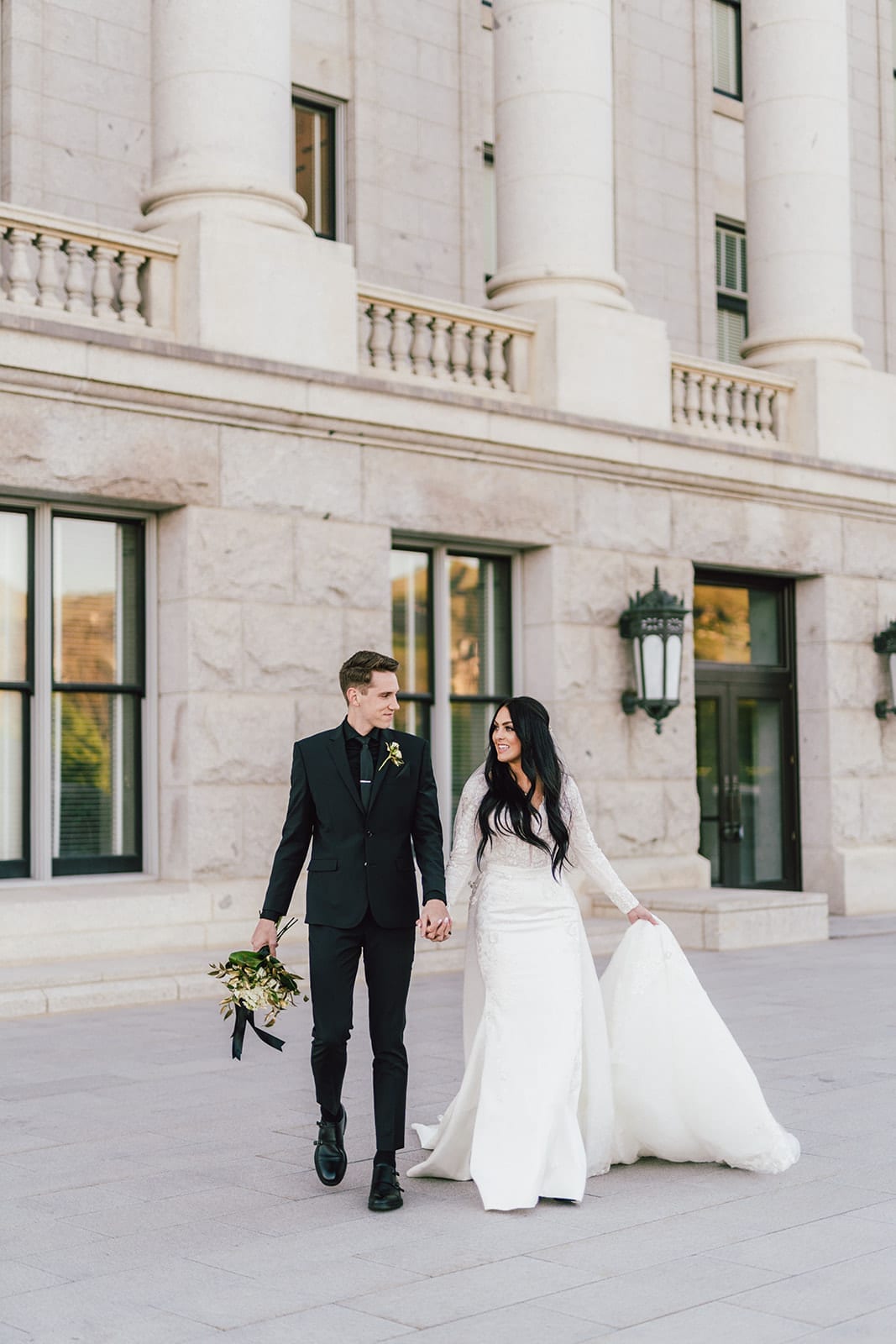 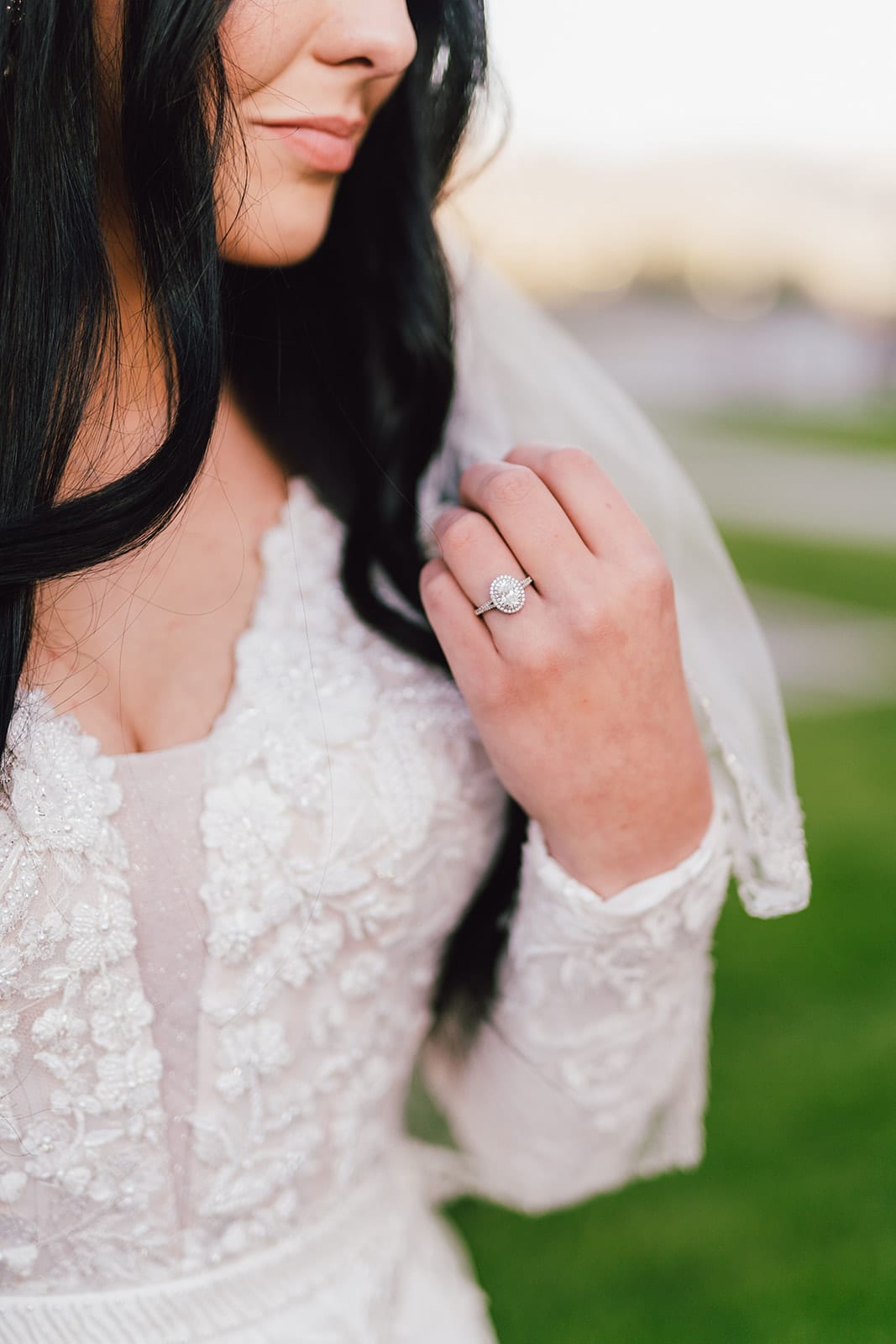